Introduction
This third and final round-up of the bewildering world of Fall compilations covers all of the releases that followed 2005’s The Complete Peel Sessions 1978-2004.

A Worthwhile purchase, even for those who just have a few Fall albums
B Contains enough interesting material to make it worth a few quid to the more than casual Fall fan; or serves as a useful introduction to the inexperienced
C A few aspects of interest, but only for the really committed who have all of the ‘proper’ stuff already
D Only of interest to the really hardcore completist
E Even the hardcore completist should think long and hard before parting with cash 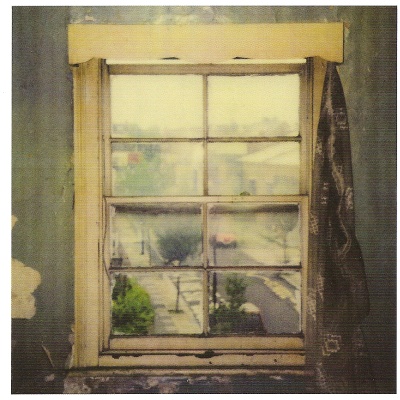 An 18-song compilation of tracks from the mid-90s; all but two were just album tracks drawn from The Infotainment Scan, Middle Class Revolt, Cerebral Caustic and The Twenty-Seven Points. The remaining two, The Remixer and Cab Driver had appeared earlier in 2006 on the reissues of Infotainment and MCR, so this release didn’t contain anything new.

The cover art work is quite pleasant, although the thinking behind it is unclear; it certainly doesn’t look like a typical Fall cover. Perhaps it’s just meant to be a representation of a cheap sh*t hotel room?

The only thing that it has going for it is that it might lead someone previously unaware of its magnificence to the relatively obscure gem that is Noel’s Chemical Effluence. The inclusion of two of Smith’s little spoken-word interludes from The Twenty-Seven Points is a little baffling though.

A companion release to the Peel Sessions box set, it certainly was – as thefall.org discography page suggests – ‘career spanning’, ranging from 1978’s Bingo-Master’s Break-Out! to a 2006 performance of The Boss.

It’s a real treasure trove, bursting at the seams with all sorts of oddities and obscurities, several of which had never appeared on an official album before, such as the alternate versions of Fall Sound and Blindness (with the latter, the creator of the video doesn’t seem to realise that it’s an alternate version).

Other highlights include: an excerpt from one of the December 1986 performances of Hey! Luciani (which almost feels like MES doing stand up); the moody shuffle of Theme From Error-Orrori; the excellent Damon Gough collaboration, Calendar; the sharply delirious version of (We Are) Mod Mock Goth from the Protein Christmas single; the unforgettably hilarious Portugal. The only really notable omission from such a comprehensive round-up of obscurities is the mysteriously-only-ever-played-once (Leicester Polytechnic, 24 March 1982) Surrogate Mirage.

According to Discogs, the median price is around £36 (although the cheapest currently on eBay is £46). For 91 tracks and over six hours of The More Obscure And Random World Of The Fall (with a 60 page booklet), that still sounds like a bargain to me.

Another one of those pointless releases in the best (or rather worst) tradition of Fall compilations. A dozen already easily available tracks from 1979-82 – thefall.org, not unreasonably, dismisses it curtly: ‘This period has already been extensively compiled, making this CD rather redundant.’

Even by the generally very low standards of these things, it has a particularly naff cover, featuring a puzzled-looking and disturbingly decapitated MES floating over a selection of ugly fonts. (Oddly, it’s a mirror-image of the cover of similarly pointless 2003 compilation Rebellious Jukebox.)

Discogs suggests that it’s yours for less than a fiver. Keep your money in your wallet.

Speaking of Rebellious Jukebox… I’m not entirely clear about the link between Shakedown Records (who released the first Rebellious Jukebox compilation in 2003), Great American Music Company (who – see above – used virtually the same cover for I’ve Never Felt Better In My Life) and Secret Records (who released this), but if there is one then I’m fairly sure that life is too short to bother finding out. Which is what I was going to say until my editor, dannyno, intervened to say this:

‘Au contraire.  In 1985 Colin Newman (not the one out of Wire) bought Trojan Records.  He sold it to Sanctuary in 2001.  That same year Newman started “Trojan Two”, which within a few months was renamed Secret Records.   Shakedown was formed the same year, and Newman is also a director of that company, and it and Secret are linked.   Great American are licensed to release Secret/Shakedown material.’

It’s another horrific cover, apparently having been created with Windows XP-era Microsoft Paint. The subtitle (Psycho Rockabilly Nightmare) is rather cringeworthy and desperate too.

There’s nothing previously unreleased; it’s a pretty random assortment culled from, for example, Backdrop, Austurbæjarbíó and Live Various Years. Anyone with a reasonable Fall collection is likely to own most of the songs (if not the specific live versions) of everything other than possibly Backdrop and Dresden Dolls.

In the grand tradition of Fall compilation shoddiness, the live version of Hit The North is attributed to the album ‘Live in Zagbreb’. 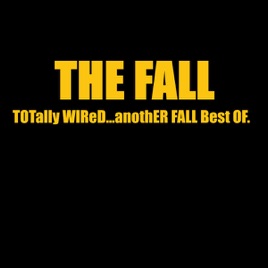 A download only compilation of previously released material from 1979-1990. The use of ellipsis in the title suggests that the missing word is ‘yet’.

Secret are back with another pointless compilation of already-available live tracks; the cover gets even worse, as does the subtitle (which seems to reference Dexys Midnight Runners for no apparent reason).

The tracks come from Live 1977, Live To Air In Melbourne ’82, In A Hole, Live In Cambridge 1988 and Live In Zagreb. Generally sound material, but not exactly a worthwhile purchase.

In addition, it has possibly one of the worst set of sleeve notes ever (and there is undoubtedly rather stiff competition): Another addition to the horrendous Fall compilation cover hall of fame, this one seems to belong to some sort of late 80s glam-metal band. Secret also seem to be determined to make full use of that same orange-tinted image of Smith’s head yet again. The sleeve notes (they’re just about visible here) are by ‘contemporary Pop Artist’ Billy Chainsaw, who also designed the sleeve. thefall.org is once again curt and to the point: ‘Another in the stream of seemingly-endless, and frankly pointless, compilations released by Secret Records of previously released material.’

A 5-CD round-up of Frenz, Kurious Oranj, Seminal Live, the various mixes of Hit The North and late 90s singles. Discogs suggests that you can pick this up for around £13, which is a bargain considering the range of bonus tracks (see pic below) and the general quality of much of the material.

Basically a vinyl release for the bonus tracks that appeared on the original cassette version of The Wonderful And Frightening World, although it also included Slang King 2  and No Bulbs 3. All of this had already been released as part of the ‘omnibus’ edition of TWAFW five years earlier. A collection of TNSG-era b-sides and Peel session tracks. Hard to see the point. Another pointless Secret release, again linked to the exploitative cash cow that is Record Store Day. Again, ten songs flung together in a casual, almost contemptuous random fashion. The shoddiness is well illustrated by the fact that Sing! Harpy is labelled as Sing Happy. The three 2007 double-CD reissues of Extricate, Shift-Work and Code-Selfish compiled into a 6-CD box set. If you only had the original three albums then this would be worth buying, especially as Discogs suggests that you could do so for under £20. Does what it says on the tin, so to speak: all the singles. Great collection of songs, although it’s hard to see who the exact audience is. But if you were going to start somewhere, this wouldn’t be a terrible place to begin. The same as above, this time with b-sides. If you’re just starting out with The Fall, and you have £40 to spend, it’s a pretty good place to begin. Basically an extended version of 50,000 Fall Fans Can’t Be Wrong, expanded to three CDs rather than two. To be fair, it’s hard (although far from impossible) to argue with the choice of songs that make up the third disc. And overall, we’d all choose a slightly different set of 58 songs; but this is an admirable attempt at an impossible task. If you were going to give one release to a novice, you couldn’t do much better. Hex, Room To Live, In A Hole and Live To Air In Melbourne ’82, plus assorted session bonus / live / session tracks from the early 80s. Full of exemplary material, but if you’re interested enough you’ll own all – or at least most – of this already.